How old is my Peretzschner violin

Hi all, I'm new here but noticed a thread on different types of Peretzschner violins and didn't find any info that helped me. I'll add pictures of my violin and it's label and some history of it (or what I was told when I bought it). Bought from Scotty Jackson (was well respected luthier when he was still with us) in Gainesville, FL 10/2010. He mentioned it being very old and I believe he said how he knew that was (please be gracious with my memory) because the label was in German vs English. This violin was also played by a young violinist Michael Province for a long while before I'd bought it. He used it when he performed on The Opera Show (not that it means much to me, but it may to someone). From the pics and history I'm aware of (I could be wrong too), could you all possibly help tell me what I have here: how old? Rarity?How much I could realistically sell it for? 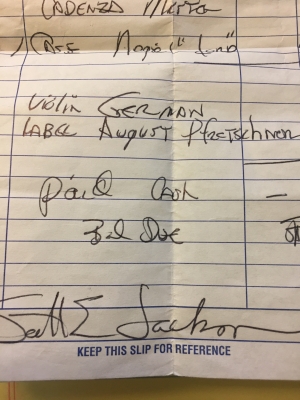 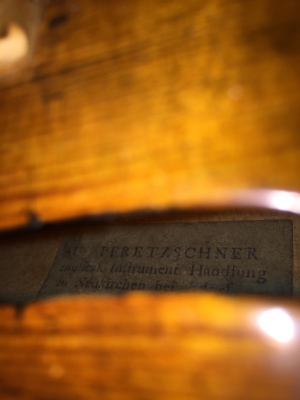 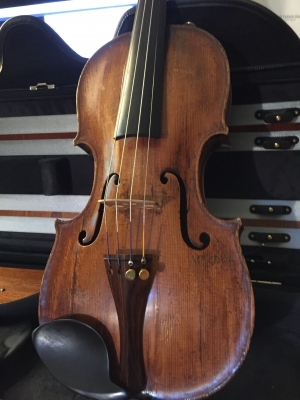 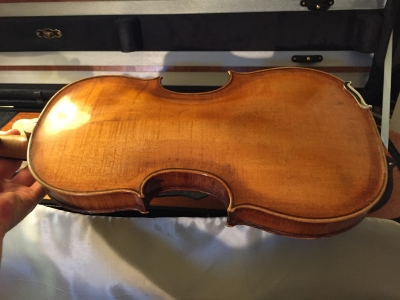 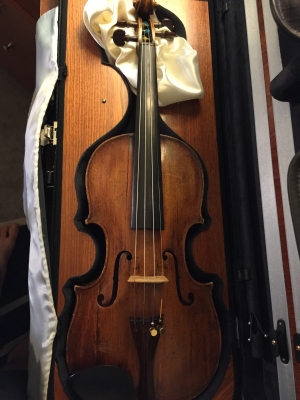 Thank you all again for any help

I'm pretty sure you won't get a reliable date of value for any violin based on photographs. You need to take it to an expert that you trust.

One thing to remember is that it doesn't take a lot of effort to put a label inside a violin, so you can never be sure if the label is original or genuine (not that I'm saying your violin isn't, just that only an expert will be able to tell).

Welcome to the forum lorenf.

I don't have the official books to look her up but even then, I would need to see and inspect the instrument.

As far as the age, it can usually be found on the label or somewhere else in the instrument.

Real evaluations are done by few experts and a bit expensive. It's only worth it if you have some information leading you to believe it's valuable.

Many specialized violin shops can give you their expert opinions of what they think it's worth but like everything else, it's worth what someone will pay for it.

I don't know how old it is, but it's probably fair to assume that Mr. Jackson, being as you say, well respected, was not ignorant of it's value.  He also knew what he paid for it.  He then added some percentage say 10-25% or more to what he paid and sold it to you.  So, regardless of its age, its value to a dealer is likely somewhere in range of 10-25% less than you paid for it and the likelihood of it being worth more than you paid for it is very slim.

Old, in and of it self does not make an instrument valuable. Germany had for many decades a thriving cottage industry dedicated to producing inexpensive, but playable, student quality violins.  The greatest likelihood is that you have one of those.  However, to know for sure, you would need to have it appraised.

welcome to the forum

Thank you all very much for your responses. I agree that gathering a range of this violin's value would be tricky. I know Scott E. Jackson's mark up was very low but I did pay less than 7k for it. At that price, would it be worth to get appraised? I'm not aware of how much professional appraisals could run. Thank you all again

I believe Pfretszchner family were legion and involved in both bow and instrument making at least as far back as Vuillaume in the mid 19th century.  I think some branch of the family tree is still in business: http://www.frpfretszchner.com

I did see that one of the A. W. Pfretszchner bows was offered at auction for 2,003 pounds stirling.