Take time to play the music that you love 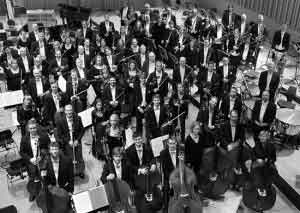 Playing in an orchestra

Keeping the fire burning for music is extremely important for self preservation. Playing in an orchestra to earn a living, we play music that we don’t necessarily want to? Having played in Scandinavian orchestras for over 20 years, which are funded by the government, I have played a fair share of contemporary music both great and terrible. The government supports the native composers and therefor sponsor a certain amount of work for contemporary composers. I am not saying that I don’t like contemporary music, though I usually don’t enjoy the work involved in preparing for the difficult works. I am one of those people that feel obliged to play every single note and rhythm, even in the cases where the conductor thinks that the notes are not important, rather the effect. Being stubborn about playing every note means that I must spend countless hours on music that I may not like and probably will never play again in my life. I often put off the preparation for a later date even though the music in our case was usually available up to 3 weeks in advance. I’ll feel guilty about not looking at it and have to cram it all in at the last moment even if it means no sleep the night before. The strange thing is that I will enjoy myself enormously when the piece is extremely difficult and I am nailing it. The truth is that I often learn to enjoy the music no matter how bad it seems from the beginning. There are also contemporary works that feel good right from the start as well.
Since playing full time in an orchestra devours a great deal of our practice time, we don’t find the time to play what we REALLY want and love to play. We often come home sick of playing and needing a break. In my later years of full time orchestra work I forced myself to practice solo works and chamber music, which is what drove me to play the violin from the start. Doing so gives me extra energy and makes practicing orchestra repertoire more enjoyable and I strongly recommend it to all full time symphony musicians. Set aside time for playing what you love, whether it be solos, etudes, scales, pop, country, rock….. Whatever it may be. Don’t let the fire burn out.