Posted on February 24, 2014 by KindaScratchy 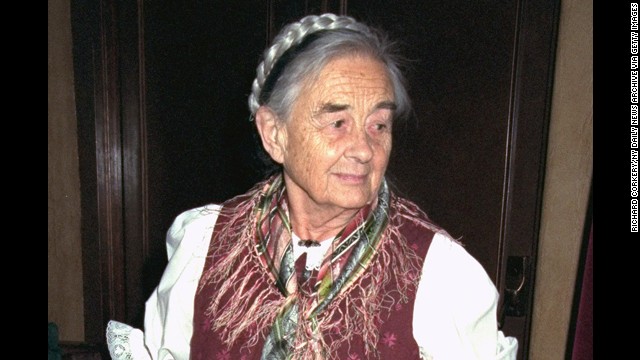 Maria von Trapp, the last of the singing children immortalized in the movie musical “The Sound of Music,” died at her Vermont home of natural causes, her half-brother told CNN on Saturday. The native of Austria was 99 and lived in Stowe. She died Tuesday.

I'm a novice fiddler and mandolinist. I've played the guitar for many years and also play the recorder, fife, flute, and, more recently, tin whistle. I work in the communications field and, in addition to music, I enjoy photography, writing, gardening, golf and travel.
View all posts by KindaScratchy →
This entry was posted in Members Articles. Bookmark the permalink.