Been joking a while about 'possum tunes, then I hijacked my Cross-tuning thread with raccoons!

Well, ran across another Old Time Raccoon tune, now that our roof vent is fixed. (lol)🙄

I was fascinated with Sarah Comer's version of "Emma's Waltz"  - she also organized "The Raccoon Carnival Band" - Contra dancing!  Big in the Northwest Folk music scene (has a cd, also), you can learn more at sarahcomer.com

I wasn't going to log in, I was just going to read because I am waiting for something on the stove, but, I love the topic title! I know, not much of a reply, but it caught my eye and made me smile.

Critter Tune--Don't think you can dance to it, but I think it's a tune that will stick in your head.

The Legend of the Honey Badger & the Weiner Dog

Now, play THAT on the fiddle! 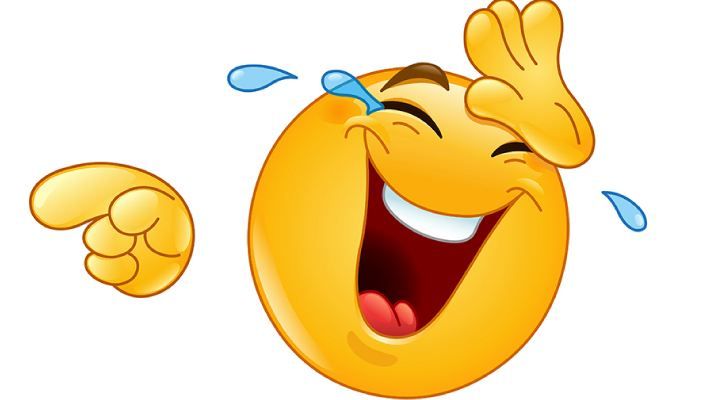 Better than The Kittyman,

Raccoon has a Ring Around It's Tail

and 'Possum up a Gum Stump!

Thanx for the laugh!

SharonC said
Critter Tune--Don't think you can dance to it, but I think it's a tune that will stick in your head.

The Legend of the Honey Badger & the Weiner Dog

For a minute i was expecting footage of him catching a badger...but then came back to reality...lol..

since we introduced badgers I feel compelled for an oldie....fire up the search engines...lol

heres a good one..

and just behind possum up a gum stump...one of my favorite critter tunes.  Devil was Owen "Snake" Chapmans dog.  Owen wrote the tune.

The Badger is getting dangerously close to Baby Shark!

Jump to a modern composition.

"Run Rabbit Run" by Sufjan Stevens was originally made for electronic music.  Then, Sufjan enlisted the help of other New York composers to transform his compilation of Chinese Zodiac-themed pieces, so all the sounds could be played on bowed string instruments!

Performed by Osso Quartet.  You can also stream or hear a sampling of each animal month and the 13th (Year O Our Lord) on amazon.

I LOVE the nostalgic 1939 tune, written by Noel Gay & Ralph Butler, was made famous when Flanagan & Allen changed the lyrics for WWII.

Seems everyone has a Run Rabbit tune - Stringbean, Rob Zombie, Black Map, even Eminem.  YOTR did a great "Rabbit Hole" (lol), from the album "Year of The Rabbit" (no fiddle), but "we can get high again" for a chorus is just getting too old for me.

Think my favorite "Run Rabbit Run" might be by The Hoosiers (2007) - no fiddle here either, but I could see myself playing this tune!

...anyone want to run a rabbit?

Think you're right about The Hoosiers - no wonder I like it, since I LOVE Donnie Darko (film & Music)!

I swear I keep hearing a critter squealing in the "Tennessee Mountain Fox Chase" - didn't think a Fox made that kind of noise... (lol).

No.1 - This Old Time tune has a real catchy melody, it's from Henry Reed - "Red Fox", played by Alan Jabbour!  It's going on my list!

No.2 - This one's going on 1 of my lists, too - an Old Time Don Messer tune, "Red Fox Waltz", this version is played by Isaac Callender.

Miyagi Zao Fox Village, in Japan, allows visitors to pet & feed some of the foxes that are given refuge.

Okay, I've heard squirrels are good eatin', but admit I don't really want to post a tune with a title that would give Children nightmares! (lol)

If you DO want to gross someone out - with this very simple little tune, "Squirrel Heads and Gravy", then go for it!  Easily picked up here, from Amy Buckingham's playing (PacJam Program Director).  Just make sure to smack your lips afterwards. 🤣  ...come on, you know you have to listen to it.

LOVE this toe-tapper - "Gray Squirrel" by David Vittek (Holy Moses Band?), played by Clare & Walt Koken.  Wondering about the origins of this tune.

Here's a tutorial for a fabulous version of "Squirrel Hunters" by Steve Jacobi (lizacreek).  Definitely on my OWL!

Really LOVE this Canadian Folk inspiration by the Bombadils - "Squirrels Rule The Day and Raccoons Rule The Night"!

Squirrels Rule the Day and Raccoons Rule the Night

Owls are flying around everywhere!

"The Owl Waltz", by Brian McNeill.

Just when you thought the Cat ran away for good...

"The Cat Came Back", played by Anna Roberts-Gevalt & Joe DeJarnette!

@ABitRusty - think you might want to learn this... maybe too Happy sounding 🤣 but haven't looked for sheet music.

@elcbk did you watch any of Racheal Eddys workshops yet?   fiddle hell...

Heres a good one.   Liked how Bruce Molsky just walks up and sits for a listen.

DUCKS ON THE MILLPOND

Heres a guitar version by Mark Harris who I first heard on a new podcast Matt Brown has started.  Marks playing reminds me of how Kenny Smith plays who you should also checkout sometime.

Don't think I made it to a Rachel Eddy workshop - I'd have to go back & check my notes.  I did one of Lena Jonsson's, though!

"Ducks On The Millpond" is another one of those never-ending tunes!

Got to be more!

I'm definitely going to learn some of these Critter Tunes.

From what I can tell, it's an Old Georgia tune, "Shanhai Rooster"!

There's a couple versions of sheet music at tunarch.org

This tune drives my Cats a little crazy. (lol)

I'm guessing this qualifies as a critter song.

I know they're saying the video is fake, but still - THAT IS SO COOL!

"Keeping The Cats Happy" - might be of help to someone (Lessons with Marcel)?

Halloween's just around the corner - the Ravens, Crows and Magpies are pickin' through the harvested fields!

Found this wonderful CRITTER tune that I really like!  It's composed by Franco-American fiddler Donna Hébert.

I've already included some Canadian CRITTER tunes in the thread, so here's another!

This CRITTER tune is performed by "The April Verch Band" - composed by Cody Walters.

Raven in the Hemlock