A Peek at Scottish Fiddling History

A Peek at Scottish Fiddling History
"Wild horses of the Prairie"?

Yehudi Menuhin has been quoted, saying "Scottish fiddlers are the wild horses of the prairie".

There appears to be a wealth of Scottish Fiddling information on this site.

Please take a peek at the "Contents" page! 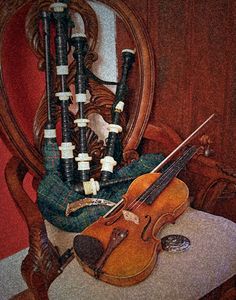 @BillyG - let me know if you think this site is worth bookmarking or if it's garbage.

@ELCBK - it's not a blog I had read - and so far I'm only part-way through it.  I am slightly (only slightly) put off by what appears to be a somewhat pejorative tone (pejorative too strong???  "prescriptive" tone maybe?) - but -  it IS a blog and one person's opinions and style of writing - but that's just how it hits me.

Nevertheless - there is a great fund of information there - and - in spite of my words above - sure- there is a lot to agree with.

Five years later, he took a televised lesson with the so-called ‘doyen’ of Scottish fiddle music, Hector MacAndrew (a fellow judge at the Perth competition), and as part of the same event was guest of honour at a recital featuring MacAndrew’s tune, ‘Yehudi Menuhin’s Welcome to Blair Castle’, performed by the combined orchestras of the Angus and Banchory Strathspey and Reel Societies. The event was documented by the BBC and broadcast on Channel One the same year (as it happens, on St Andrew’s Night again).

It was awesome to observe and listen to Menuhin's comments and approach to playing - I have a memory of him "trying" to get the Scottish feel to an old traditional piece - and then wowing us with a "classically played" version of the same tune...  Inspiring at the time - although it has taken me almost 45 years to get round to picking up the fiddle !!!!

Also interesting references to the great James Scott Skinner  - here's an interesting (well I find it interesting) take on Skinner's "Bonnie Lass o' Bon Accord" - played by Ron Gonnella - where without any shadow of doubt classical techniques (ok, some vibrato, shifting, flying staccato and so on) are brought into play (which is precisely what Menuhin did on that program - although not that specific tune)

Anyway - I'm only about a third-way through the blog - I'll return to it later.  Things to do now!

Douglas Lawrence is a national treasure as a Scottish Fiddler & what a hoot!

Here he plays this great tune, "Glen Caladh Castle", to use as his morning egg timer! (lol)  GREAT Scottish Fiddling tips on how to play it, too.

Start tomorrow morning off with a tune... and some eggs! 🤣

Wish this was better quality video! 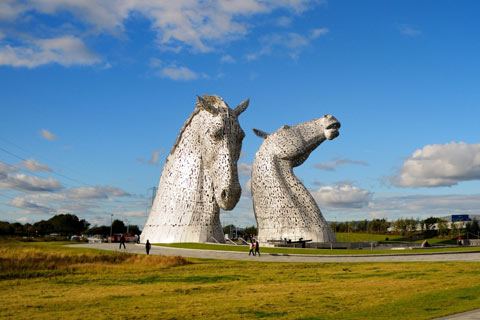 ...big discussion of "March vs Strathspey" at http://www.thesession.org 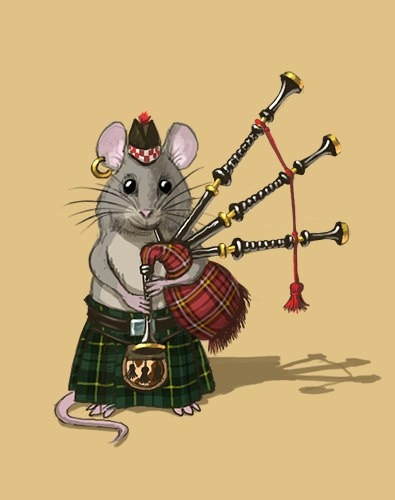 Happened upon a little 'Rabbie' Burns (Robert Burns) this morning, my favorite Scottish Poet & Lyricist - "To a Mouse" (1785) put to music from the Battlefield Band.

I believe Alasdair White is playing the fiddle for this.  I have enjoyed his workshops at Fiddle Hell (along with Alasdair Fraser's).

...a short explanation of this poem, by stanza, here: https://poemanalysis.com/rober.....o-a-mouse/

I figure I better mention this, sooner than later - Post No.2 of this thread has a video of Ron Gonnella playing "The Bonnie Lass O' Bon Accord".

It is a Strathspey, composed by James Scott Skinner - who is known as 'the King of Strathspeys'.

Here is a recording of Skinner, himself, playing his composition - "The Bonnie Lass O' Bon Accord".  You'll notice they don't sound anything alike!  Ron Gonnella's is a greatly 'tamed' version!

Here's a related thread with links to great Scottish Sheet Music & a podcast!

Robert Mackintosh was a very influential Scottish Fiddler & Composer of the late 18th Century (died 1807) - much earlier than James Scott Skinner (the "Strathspey King", wasn't even born until 1843).

He published 4 large collections of his wonderful music - from wiki:

...known as 'Red Rob' on account of the colour of his hair, was a Scottish composer and violinist, active in Edinburgh at the end of the 18th century. He was known for his compositions of strathspeys, reels, and jigs, as well as minuets and gavottes.

Just for reference, the Baroque Music period ended approximately 1750 - and I thought Classical picked up directly from there, but I was surprised to learn (wiki) there was another style of music through the 1700's that was popular - "Galant".

This movement [Galant] featured a return to simplicity and immediacy of appeal after the complexity of the late Baroque era. This meant simpler, more song-like melodies, decreased use of polyphony, short, periodic phrases, a reduced harmonic vocabulary emphasizing tonic and dominant, and a clear distinction between soloist and accompaniment.

This might help in interpreting Robert Mackintosh compositions.  I think they may sound kinda in between the 3 styles, but there were no recordings - unlike James Scott Skinner, who made many recordings of his own tunes.

its the harpsichord.  🧐  needs a piper in there somewhere. 🙂

agree..doesnt really have a Scottish feel in the way I would expect.

Got to have fun learning some Scottish tunes.

Before I get back to Robert Mackintosh and James Scott Skinner, etc... wanted to share some tutorials from Alasdair White - besides fiddle, he also plays the pipes & has composed some really nice tunes.  He has a great series of 6 tutorials for a 5-Tune Scottish Set, consisting of a March, 2 Strathspeys and 2 Reels. The 6th tutorial is a run through the 5 tunes, he mentions how the West Highland music is influenced by Ireland (being in close proximity) - then teaches a bonus Jig!

1.) "Major Manson of Clachantrushal" - a March

6.) Set Run Through & "Pull The Knife Out And Stick It In Again" - a Jig, a very happy one, kinda creepy since it has to do with stabbing Witches!  ...sorry, Halloween is coming!

I've mentioned elsewhere that I have enjoyed his workshops at the Fiddle Hell Festival (next one is LIVE this November in Massachusetts).

Traditional Scottish music seems to differ somewhat from region to region. The Shetland and Orkney isles, for instance, sing mainly in English and make frequent use of the fiddle. Their music shows a strong Norwegian influence, while the Highlands and Hebrides are more strongly Gaelic with songs being sung in Gaelic and the highland bagpipes playing a strong role. The music in the Lowlands and Border regions may be sung in Scottish or English and feature the small pipes or border pipes. They also tend to employ a more English style of music. In contrast to this, the music made in Nova Scotia and Cape Breton is generally sung in the Gaelic language while the fiddle is combined with bagpipes and music is given a strong, dance-like quality.

...back to Robert Mackintosh.

Mari Black has a tutorial for a Robert Mackintosh Reel, "This Is Not My Ain House".

Now, I plan on learning this, but IMHO - knowing the time Mackintosh lived, this was probably for dancing & I think Mari tries to play it too fast, looses any sense of rhythm... I think it could be a beautiful tune, if dancing is kept in mind!

Example of a Country Dance Reel.

Example of a Highland Style Competition Dance - "Reel of Tulloch".

...I really like Tim Macdonald and Jeremy Ward - seems they really try to keep in focus what time period a tune was composed!

Wikipedia has a little info on Classical Music in Scotland, from the 16th thru 19th Century, and Music in Early Modern Scotland - both took a hard hit from the Scottish Reformation, but didn't stop fiddlers & bagpipers - may have even made them more popular.

Bagpipes replaced trumpets on the battlefields - recorded in history as early as 1547.

Music patronage had it's ups & downs, then Lowland tunes were modified for a "Scots drawing room style" (parlor music?) and became vogue in the mid-1700's.

A group of Scottish composers began to respond to Allan Ramsey's call to "own and refine" their own musical tradition, creating what James Johnson has characterised as the "Scots drawing room style", taking primarily Lowland Scottish tunes and adding simple figured basslines and other features from Italian music that made them acceptable to a middle class audience. It gained momentum when major Scottish composers like James Oswald and William McGibbon became involved around 1740. Oswald's Curious Collection of Scottish Songs (1740) was one of the first to include Gaelic tunes alongside Lowland ones, setting a fashion common by the middle of the century and helping to create a unified Scottish musical identity. However, with changing fashions there was a decline in the publication of collections of specifically Scottish collections of tunes, in favour of their incorporation into British collections.

Some of the Composers:

Think I'll have to look at "The Fiddle Music of Scotland" by James Hunter.  "A comprehensive annotated collection of 365 tunes with a historical introduction. Much more than a definitive collection of tunes, James Hunter's introduction traces the history of the fiddle and music through the centuries."

It's available to read online, here at Google Books! 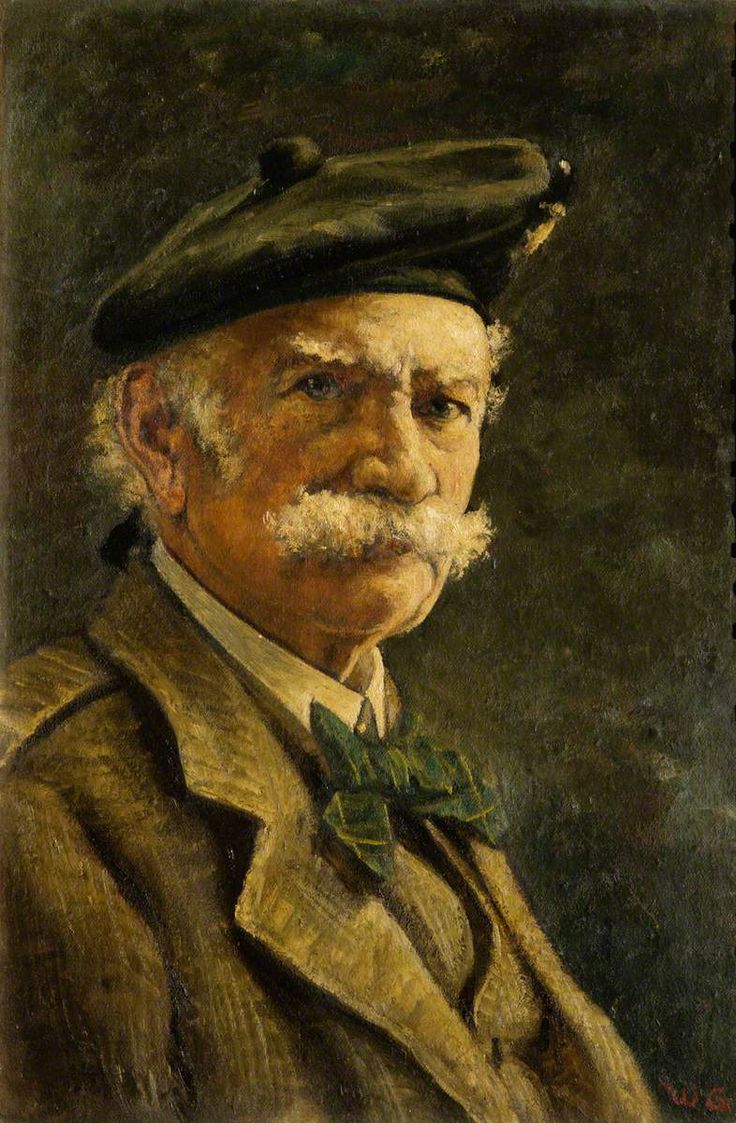 I've become fascinated with some humorous & intriguing tidbits about James Scott Skinner - enough to make me believe he must've been quite a character and worth reading about!  Think he was probably hard to live with. (lol)

Here's a short biography from Gavin Gourlay at Banchory.org - James Scott Skinner.  ...about his last trip to the USA for a Fiddle Competition (he was in his 80's) - I've read he was so upset he saw a Jazz band on stage that he left in a huff, without competing. 😳

Skinner's complete autobiography can be read online at Google Books -

"My Life and Adventures" by James Scott Skinner

And if you want to connect with teachers from Scotland for online fiddle lessons:

Not only do I appreciate the Strathspey sheet music link, but I checked out more of what Bruce Shawyer, a member of Corryvreckan Newfoundland band (ntbcw The Corryvreckan Folk Band in Gloucestershire, England), had to offer on Scottish Country Dance Music From Newfoundland!  They also have a huge collection of sheet music for Jigs, Slip Jigs, Reels, Schottisches & Waltzes!

I might've linked this already, somewhere:

Scottish Dance Groups Around The World

I always believe it's important to know a little about the dances our fiddle tunes are played for - it helps me interpret how they were meant to be played... even though I may chose to put my own twist on these tunes. 😊

And... I'm finding it very hard to separate Scottish music in Scotland vs what has developed in some parts of Canada - love it all!