Kinda irksome when they can't bother to list what's played.

There are so many wonderful traditional fiddle tunes that some get lost by the wayside... until someone places them in the spotlight.

Thought I'd post a tutorial here, for the "Coleraine Jig" because of the performance stringy shared - hopefully more members will try it!

Yes, I have heard "Bag O Spuds" before, when I was digging through some of Fergal Scahill's "tune a day" videos, maybe a year ago.  The name caught my eye, but felt it was a bit beyond me at that time.  Saw several other versions (some I really didn't care for), then I ran across Duncan Cameron's tutorial for "The Drunken Landlady" and had thought it was the same tune (must be losing my mind)!  I do love a tune that uses all the strings.

I just had to link you here... because the midges got him!

@stringy - btw, still having a chuckle - we used Butane lighter fluid to cut laminated glass.  Always got Oooh's and Aaah's, every time (doesn't take much to amuse people)!

My tenor is a four string,  I do have a five string bano though which I use for  picking blue grass, havent played that for about a year though, same as my guitar, got discarded because of violin. five string isnt really suited for Irish tunes, unless you play chords that is like luke kelly did. I do sometimes sing along with the five string, all Irish songs which is what my voice is suited for. Have yu heard Gerry o Connor, if not give him a listen, he does an axcellent job of bag o spuds and in my opinion is the best banjo player in the world, he also plays fiddle with the dubliners sometimes now.

That a great version of the coleraine, I have already started to add  rolls to it,, makes all the difference, thanks

Time to get this meandering Thread BACK ON TRACK with Video Series of Trad Irish Fiddling!

There was a series called "Come West Along The Road" - a variety of great Fiddlers from the 60's to 80's, but you'll also find masters of other Irish instruments and singing.

You'll enjoy this episode (S14E05), with several tunes played by a much younger Martin Hayes - he talks about growing up fiddling.

I was completely blown away by a young Damien Harrigan's fiddling in this episode (S14E03), plus a great reel by Paddy Cronin - and I didn't know that Frankie Gavin also played a mean Flute!

The series consists of 13 half-hour programmes drawn from the early years of RTÉ television (1961-1994), with additional material from other television stations, newsreels, feature films, and private film footage.

The primary focus of the series is on music, but there is also a fascinating dimension of social history to this early material: townscapes and country-side, dress and hairstyles, houses and furniture, and the development of the medium of television itself.  https://presspack.rte.ie/2012/.....e-road-29/

There are many more "Come West Along The Road" episodes available on YouTube.

@ELCBK thank you!   yeah i am gonna watch those today for sure!   Havent seen those yet.

...I haven't watched them all.

I still have 2 more Series I better share before I forget about them!

The Highland Sessions was a great series 6-part BBC series that showcased Scottish AND Irish musicians & music.  It was filmed in Killcrankie - a village on the River Garry, in Perth and Kinross.

Here's the 1st episode - I LOVE "O'Donnell's Return"!  ...makes me want to go find where I posted that video of a fiddler that sounded just like bagpipes! 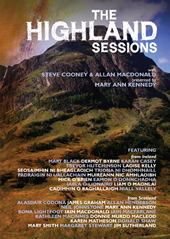 The rest of the video series can be found/watched here: 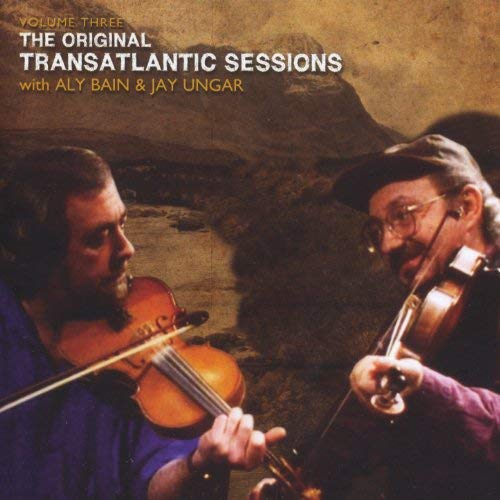 There were 6 large programs (some are split up in this playlist), produced sporadically starting in 1995 thru 2013.  Here's a good playlist from Daniel and Marie Walter.

More info on the musicians & tunes for each Session: https://en.wikipedia.org/wiki/.....c_Sessions

Thought I'd put a Tommy Potts Playlist here... videos might also be somewhere else, but I can't find them. (lol)

Although Potts never received formal training, he was able to read and write music, giving his works structure and purposeful variation, rather than simply inventing them as he went along. One of the most notable aspects of Potts's style is the treatment of traditional Irish music as a creative art form rather than as music for dancing.  ...Despite his controversial approach, Potts is today acknowledged as a figure of vital importance to the evolution of Irish folk music.  (Wikipedia)

Here, Tommy Potts is talking about syncopation in bowing of Rakish Paddy.

The Liffey Banks Playlist  Some tunes I haven't heard before in this album!

Garrett Barry's Favourite, The Gander At The Prattie Hole And The Rambling Pitchfork.

The Gathering Album - Tommy Potts, "Little Jennifer".  Really like this - not sure if this is a set, because it sounds like he goes into another tune, but may be the way he wrote it (?)

Now here's my new Fiddle Hero, Liam O'Connor - if I could only hear myself play with such clean articulation on slurs, I'D REALLY BE IN HEAVEN!

Tell Us A Bit About Tommy Potts [Featuring Liam O'Connor] - from Myles O'Reilly!

I know we just recently talked about Tommy Peoples, but I can't remember if this 4-part Video series has been posted somewhere (?)

He played in the Donegal Style of Fiddling, much of which is more closely related to Scottish & Cape Breton music.

Here's the 1st video in the series.

The other 3 parts can be watched here (Peter Corfield):

Example of the Scottish influence: "The Laird of Drumblair/Little John's Hame" I believe these are 2 versions of the same Strathspey (?)  LOVE THEM!

Tommy Peoples not only played well, but also composed some GREAT tunes!

You can check some of them out - here at thesession.org: