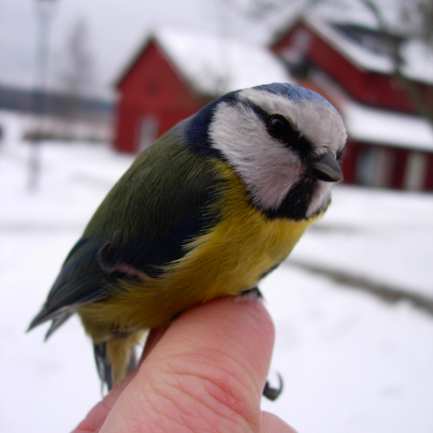 Alma- locate each of the notes on the fingerboard. play them very slow until youve got them and then gradually speed up. practice everyday for two weeks. You can definately do Red Wing, this is very good for learning. I know we can help you if you need it! That being said I will submit on this one.

Alma: you should give it a try…it's not as hard as it appears. The sheet music that Barry posted is simpler than some of the recordings you might find on-line. If you could do Ghostbusters, you can do Red Wing.

Thank you for the encouragement, guys! Maybe I need a new project to keep me going. I'll give it a shot, at any rate.

That's a cool idea! Actually, it's what I would do on the piano, so why not?

Off to check it out now. 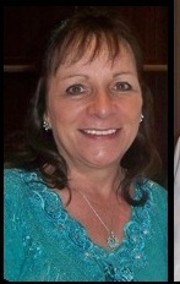 Barry said
Id rather you handle the mix Pierre. As for running it there really wasnt much to it if you recall. We had planned to do it old time style with everyone playing the melody along with the backing track. I recall you worked out a viola part for HC so I think we are good to go.

As for the backing track I thought we could use this one:

Choose guitar and banjo then scroll down to the key of G and locate redwing. Pierre, you would have to record the backing track for the mix and everyone else just use it as an in the ear backing/click track to play along with(earphone) Just make sure when you post the credits at the end we mention Josh Turknett and his Old time Jam Machine.  I spoke with him some time ago and he was cool with us using it.

I think Nov 10th is a reasonable deadline to turn it in. A few people hear I know have been playing it and for those wanting to join in I think 16 days is plenty of time, I dont want it to interfere with the Christmas project so I think this is a good deadline unless someone objects.

EDIT :   Actually maybe it would be better if we all recorded along with the backing track playing "out loud". No headphones. Then it would be a lot easier for Pierre to quickly line up the tracks and have a finished product.

Remember, this is an old time style jam, flow with the tune, you dont need to follow the notes EXACTLY, feel free to add your own flavor as you play along with the track

When I click on the link for the http://www.oldtimejam.com/Jam.html  I can't get it to do anything.

For Part B on the video Gemma DeRagon have to go to the website and she finishes her lesson.

Barry said
Alma,   (and others)

one thing you can do to jam along is play the note of the chord along with the jam track.  If the chord is G you would play the G note (open or otherwise) when it moves to the C chord play a C note.

You can do this in long strokes or in a rhythm fashion. This is done a lot at jams when players dont know the melody of a tune so they will follow the chords. Heres a link to the tune with the chords so you can follow along.

What Alma said: That is a cool idea! I didn't know that it was acceptable to do that in jams. I'm tellin' ya...I learn something new on this site every day.

And, point well taken about costumes. I'll play this one sans costume, too.

Barry said
EDIT :   Actually maybe it would be better if we all recorded along with the backing track playing "out loud". No headphones. Then it would be a lot easier for Pierre to quickly line up the tracks and have a finished product.

Remember, this is an old time style jam, flow with the tune, you dont need to follow the notes EXACTLY, feel free to add your own flavor as you play along with the track

I am thinking of sending in some audio.

What is the meaning of the dashed ties in measures 12 and 20?  I have not seen that notation.  And please tell me what it is called (if not "dashed tie").

Pierre, did you see what Barry wrote about playing the backing track out loud?  That seems like it could cause problems, but I do not even resemble an expert on the subject.

The main problem with having the backing track heard in the background is that I will not be able to balance. If we keep the back track real low and the fiddle sound high we should be OK. It will also mean that the back track will be an equal part in the end. I'll add that part separately and increase the volume as needed for the final mix.

just assuming its this, click on guitar and banjo backup, you add the fiddle...

I need a new usb cable, daughters dog has chewed 4 of them here..lololol.. is this just audio or is video involved?? I havent been able to get a grasp on my movie maker program, due to not being able to import video, hoping a new cable will help there, program not recognizing my camera.

got a new usb cable, camera is charging up decent, I have at least one video on the camera for i think the wabash cannonball, will experiment with that one, soon as i got it ill do up redwing..

fishnrodds said
I need a new usb cable, daughters dog has chewed 4 of them here..lololol..

Ask your daughter to stop feeding string licorice to the dog.

got a new usb cable but still cannot get material from camera to moviemaker, can get it from camera to facebook and the quality is decent, cant move it beyonsd there now, now its cutting into my fiddling time..

just assuming its this, click on guitar and banjo backup, you add the fiddle...

This will be interesting ... my computer is in a different end of the house to the camera ...

There doesn't seem to be a link to download the audio for mp3 use.

This song is so nice! I couldn't help but try to learn it, even though it's probably too hard for me really. I'm only at the A part (with a very slow tempo) at the moment. I was practising in the bike garage (great acoustics!) and didn't have my camera with me, so it's audio only.

What do you reckon, do I have a shot at this or should I just stick to the chords?

Video it is then.

I like the echo effect in your garage, Alma. You sound good to me! I say go for it!

Almandin said
What do you reckon, do I have a shot at this or should I just stick to the chords?

I thought you sounded pretty good---I think the best I have heard from you yet.  The track is pretty fast in my opinion though---hard to keep up with.  Somebody here said "practice makes permanent".  So if you are rushed and don't play cleanly, it would hurt your skills.

I say that if you like the tune, take your time and do it right.  If you are able to play fast enough by the deadline, then great.  If not, then at least you will have a tune you like for your repertoire.

I'll try my best, but like RosinedUp said, if can't get up the speed then at least I'll have a pretty song to play.

Anyway, I played that clip to my dad, and he said he recognised the tune. I asked how he thought I sounded and he was all "That was you?!" So yeah, probably the best I've played so far... Dad also said that my tempo was just right, because it's a sad song. Though I've gotta say I like Gemma DeRagon's spiked version better!

You'll be back with the righteous Barry, lol!

Why not do both?