I saw an antique ad for one of these and I would like to purchase one, if anyone is interested.  Thank you. 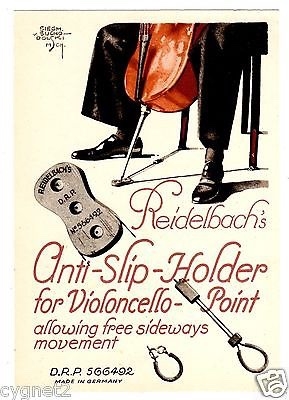 I gave the first one I bought to my niece when I gave her one of my cellos a couple weeks ago. I bought another for myself when I was at the violin shop getting my new cello adjusted. I love it!

Thanks @Mouse .  I already made similar out of a nylon strap and a couple of steel rings.  I was specifically looking for the antique variety.  By the way, what do you do with your discarded cello strings?  I am currently using Imported Opera strings.  The strings you are removing have to be better than mine.

I have them for backup. I was going to put the ones I removed from Evie the other day onto Monte. The Perpetuals on Monte are pretty shot. Although, the A Perpetual string sounds great on Evie, the complete set of Perpetuals that is on Monte, I never cared for. Not sure if they are shot, or just not right for Monte. Regardless, I decided not to put the ones I removed from Evie onto Monte. I have another set of Chromcore I can put on her.

I will have that set of Perpetuals I remove from Monte in a few weeks if you want them, if you live in the states. They have been on a year, but that cello was not played that much, so there is probably just a month or two of play time on them. Let me know if you would like them. They are Pirastro Perpetuals. I won’t use them for backup because I was not happy when they were new on Monte. PM me if you are interested. I thought I had some used Spirocore cello strings. They might be in with my violin or viola drawers. I moved things around a couple months ago and think some things went into the wrong drawer.

I am getting over a serious “Airplane Flu”, so I won’t be changing them right away. Yesterday, I had  to cancel today’s cello lesson. I changed Evie’s strings, but holding off on Monte until I am better. Let me know if you are interested in the Perpetuals. I still have the envelope they were packaged in, I believe. I usually change them on my instruments before they really need to be. So there is always some play time left on them. I just like a change in sound periodically.

I just found something very similar, cellobrett.de.  Now I need to find an American dealer. 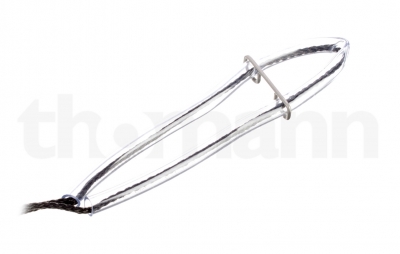